When I Feel What I Feel…

A massive percentage of the people I interact with in my daily life have no idea that I’m an energetically sensitive person aka Empath and to what exact extent I feel, sense and hear. Of those who are open to the fact that I have strong gifts of intuition and empathy, some do not fully understand exactly what an energetically sensitive person is and often ask me how I experience energetic connections.

An energetic connection is simply a bond or link between two people, even people who have never met in the flesh. The most easily understood energetic connection is the empathic link or bond between mother and child. Most of the time the energetic connections are established through strong emotion–that emotion usually being great love–I have had a strong connection with a person that I had bonded with for an intense period of time, then there was a shift and the person started projecting jealousy on to me. Jealousy can indeed be as strong empathic bond as love, but thankfully this one did not last and I was able to transform by seeing first what my responsibility was within the relationship.

That doesn’t mean that I always know what’s going on in the other’s life. For example, in one such bond I had, I knew the other person was hiding something. I just didn’t know what it was.  I let him convince me that the waves of shame I felt off of him were related to information I already knew.  At some level, I knew he wasn’t being truthful, but refused to see it.  Heaven help me when I’m dating someone I have an empathic bond with, because I will easily know when he’s upset or something’s wrong. The problem is, I will not know why he’s upset until he tells me. Which can be frustrating from time to time as most are not even aware of what they are emitting until they see it materialized. 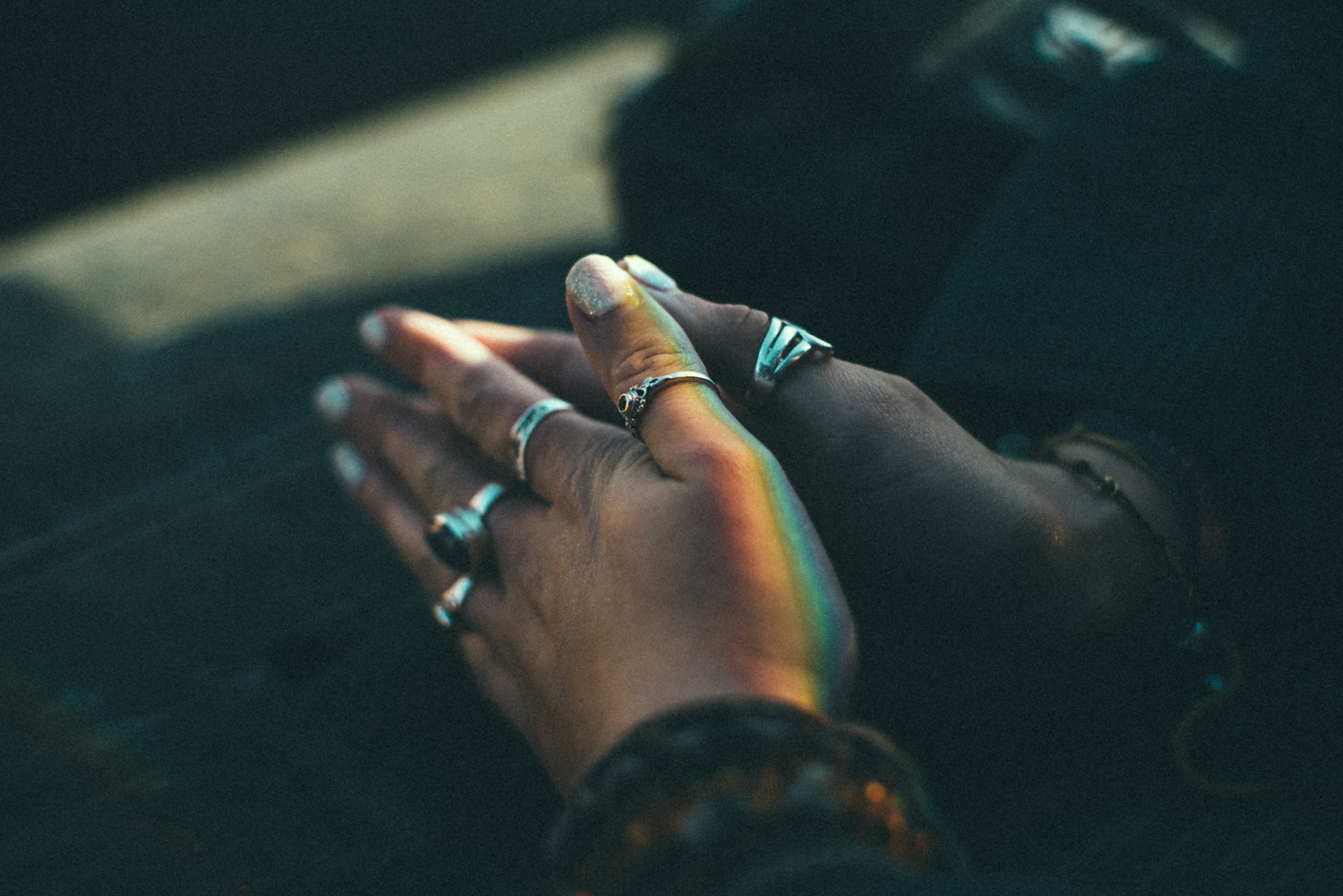 This can be an energetic juggling experience. As I hear much more than just the words people say out of their mouths, I see into the depth of what they really mean. This used to create major conflicts, as all too often, what my ears heard is not what the mind feels. Polite social lies is nowadays a hilarious experience to me.

I also realized in the recent years that energetically sensitive people are really a species unto themselves. Whereas others may thrive on the togetherness of being a couple, for empaths like me, too much togetherness can be difficult, may cause us to lash out. Why? We tend to absorb our partner’s energy, and become overloaded, anxious, or exhausted when we don’t have time to decompress in our own space. We’re super-responders; our sensory experience of relationship is the equivalent of feeling objects with fifty fingers instead of five. Energetically sensitive people sometimes unknowingly avoid romantic partnership because deep down they’re afraid of getting absorbed. A companionship or relationship in the classical way that our current society expects us to have just does not work for me.

I articulated this to myself recently as a result of an exchange that happened to someone I was interested in engaging in a particular way. I felt an electric connection was created, but our communication went in the opposite direction. I had to ask myself, “What is it that I really want here?” The reality that I had an agenda to feel a certain way in regard to this person became clear. Again, I was feeling way too soon and was tapping into the probability instead of looking at the actual state of being in this timeline.

I think that energetically sensitive people have a much deeper understanding and capacity for love, generally speaking, it’s been said that we have “never met a stranger”. I can, and often do shortcut the time it would take most people, to get to know, and perhaps even fall in love with someone. I can do this in a matter of days, rather than months. This, unfortunately often scares the pants off of a prospective partner, as it seems like we are moving much too fast for them. They simply cannot believe you mean it when you say.. “I love you” when to them, there has not been enough time to get to know them well enough to say that. A wise Empath must understand, you may “know”, but they may not, and to give them enough time to come to the same conclusion… or not.

2 responses to “When I Feel What I Feel…”

This site uses Akismet to reduce spam. Learn how your comment data is processed.

We use cookies on our website to give you the most relevant experience by remembering your preferences and repeat visits. By clicking “Accept All”, you consent to the use of ALL the cookies. However, you may visit "Cookie Settings" to provide a controlled consent.
Cookie SettingsAccept All
Manage consent

This website uses cookies to improve your experience while you navigate through the website. Out of these, the cookies that are categorized as necessary are stored on your browser as they are essential for the working of basic functionalities of the website. We also use third-party cookies that help us analyze and understand how you use this website. These cookies will be stored in your browser only with your consent. You also have the option to opt-out of these cookies. But opting out of some of these cookies may affect your browsing experience.
Necessary Always Enabled
Necessary cookies are absolutely essential for the website to function properly. These cookies ensure basic functionalities and security features of the website, anonymously.
Functional
Functional cookies help to perform certain functionalities like sharing the content of the website on social media platforms, collect feedbacks, and other third-party features.
Performance
Performance cookies are used to understand and analyze the key performance indexes of the website which helps in delivering a better user experience for the visitors.
Analytics
Analytical cookies are used to understand how visitors interact with the website. These cookies help provide information on metrics the number of visitors, bounce rate, traffic source, etc.
Advertisement
Advertisement cookies are used to provide visitors with relevant ads and marketing campaigns. These cookies track visitors across websites and collect information to provide customized ads.
Others
Other uncategorized cookies are those that are being analyzed and have not been classified into a category as yet.
SAVE & ACCEPT
Powered by